Nigerian music star, Davido has fans’ stamp of approval when it comes to good parenting.

The father of three found himself trending after he spanked his daughter, Hailey Adeleke for attempting to twerk at her fourth birthday bash in the US.

Hailey is Davido’s second daughter with his Baby Mama, Amanda. The duo welcomed the beautiful princess on the 9th of May, 2017. Turning 4, Davido and Amanda decided to throw a birthday bash for Hailey.

However, things took a dramatic turn when the four old and her friends went to ‘boogie’ on the dance floor.

Hailey busted out a few dance moves and decided to shake what her mama gave her by twerking. Immediately, Davido rushed to Hailey and warned her to never twerk again.

According to them, he’s cool with other girls twerking for his music videos and at his parties, but he wouldn’t let his daughters do the same. 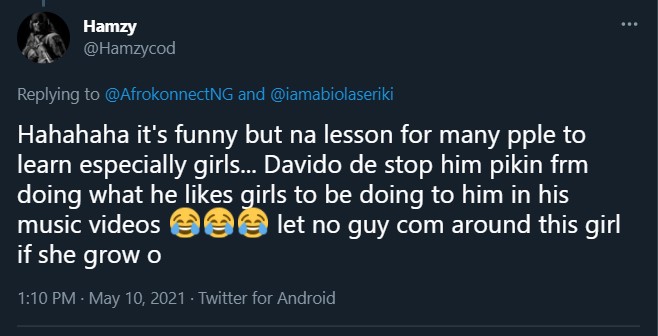 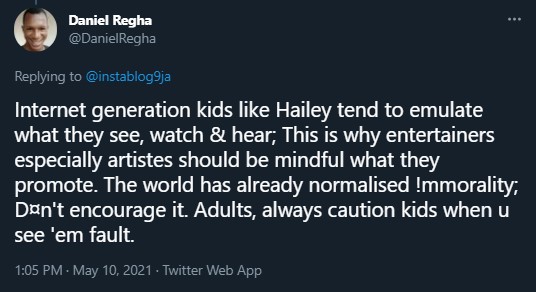