The Senate of the Adekunle Ajasin University in Ondo state has announced a one-semester rustification as the penalty for any student caught dressing indecently.

In a memo released earlier this month, the school authorities listed acts of indecent dressing to include wearing of skimpy skirts and blouses, leaving the cleavages open by female students, and wearing of braids or dreadlocks, earrings, nose rings, tattered jeans and sagging by some male students.

According to the memo, the decision to penalize indecent dressing was taken during the school’s senate meeting on August 25.

See a copy of the memo below:- 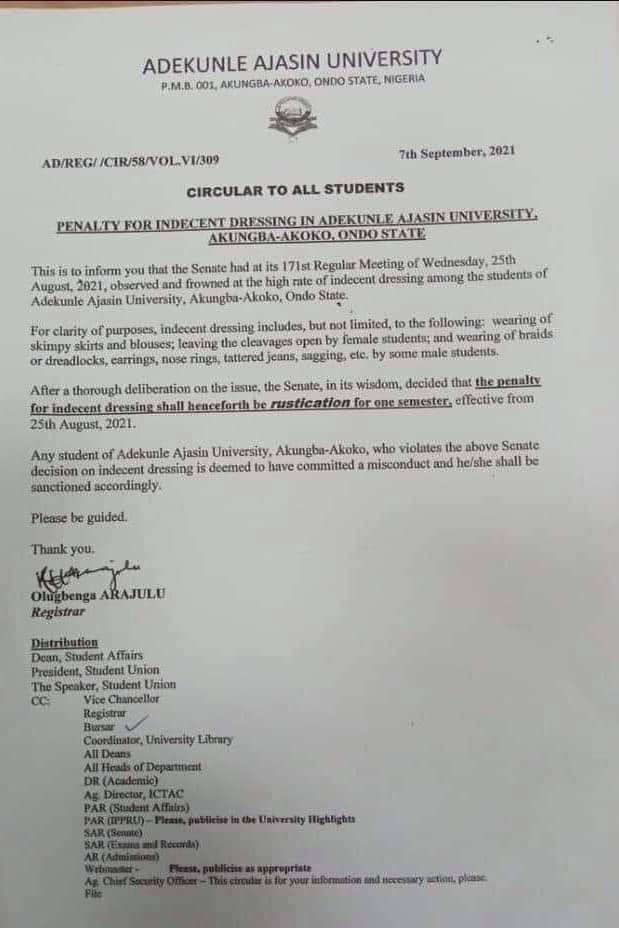