Nigerian rapper, Folarin Falana popularly known as Falz has received nominations from the youth to contest in the next presidential elections in 2023

This is coming hours after the actor and activist courageously protested against police brutality in the just concluded #endsarsmemorial. Recall that Falz was actively involved in the protest last year.

Yesterday, after the procession, social media users took to their various accounts to the campaign, and compel Falz and Aisha Yesufu to run for the presidency in 2023. 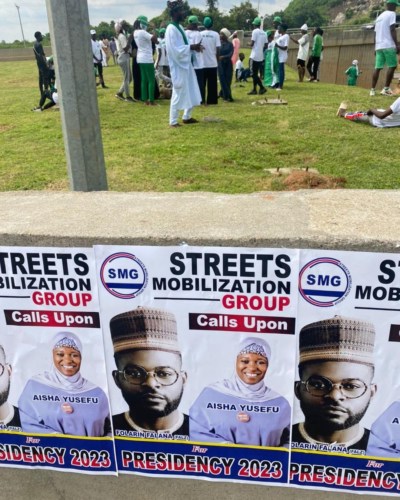 The Arise O’ Compatriots crooner and Streets Mobilization Group Convener dragged Falz and Aisha to court, asking the court to compel them to run for Presidency in 2023.

They went ahead to share documents of the ligation against the two. Netizens have since been dropping comments about Falz and the others starting their own party. So when the documents surfaced online, they pledged their loyalty and support to Falz.