Wizkid certainly paid his dues early on, which explains why he continues to win on a consistent basis.

Wizkid has been named on Billboard’s “Great Stars of Modern Day Music” list while on his “Made In Lagos” tour.

Lil Nas X, BLACKPINK, Lisa, and Maneskin, to name a few, are among the musicians featured on the chart.

The chart’s purpose is to provide music fans with more information about the musicians that are responsible for creating the global music scene.

In their first year, the Billboard Global 200 and Billboard Excl. U.S. charts have included more than 1,300 songs by over 800 artists from 50+ countries

Take a deep dive into the artists, countries and trends that are shaping the global music scene + revisit every global No. 1 hit of the past year at the link in bio.” 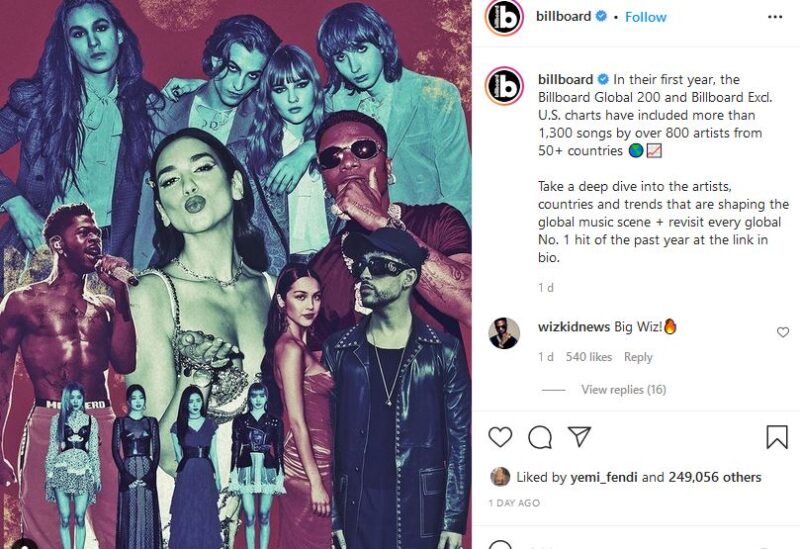 This is coming a few days after his ‘Made In Lagos” was named by the publication as one of the likely Abets to earn a 2022 Grammy “Album of the Year” nomination.