Ever wondered how Wizkid‘s career skyrocketed so much without doing too much?

Davido and Burna Boy are products of hardwork and they will always remain behind Wizkid because Wiz do more of smartwork.

Wizkid‘s smartwork has made him stay on top as the biggest Afro-beat export with no stress.

Burna Boy needed two back-to-back albums to win a Grammy that Wizkid won with just taking the Chorus and a verse on Beyonce’s “Brown Skin Girl“. It’s really not by hardwork!!

Wizkid Might Win Again In The Next Grammy Award 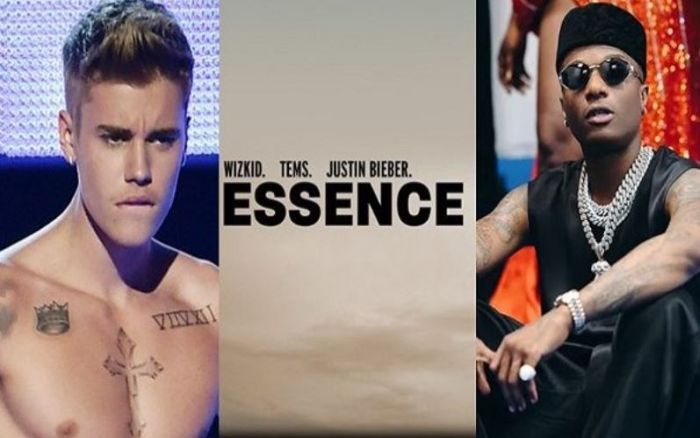 The idea of “Made In Lagos” album alone is a smart move by Wizkid to get the local market hyped up about the album while the content of the album appeals more to international audience.

“Essence” is the most performing song on “Made In Lagos” album, Wizkid was quick to recognize Tems talent and wasted no time to work with her.

After they both recorded the song, Wizkid came out to say; “Tems And I Made Magic” – magic here meant far more than the song is a good song, Wizkid already knew the song is going to break boundaries.

“Essence” has been on Hot 100 Billboard Chart for many weeks now and just recently, Wizkid murdered it more with a Justin Bieber collaboration on “Essence Remix“.

Justin Bieber is way bigger than all the International acts Burna Boy and Davido has ever had on their songs.

Wizkid getting Justin Bieber on a song that is already doing fantastically well is a smart move and from all indications, Wizkid might be on his way to another Grammy Award. 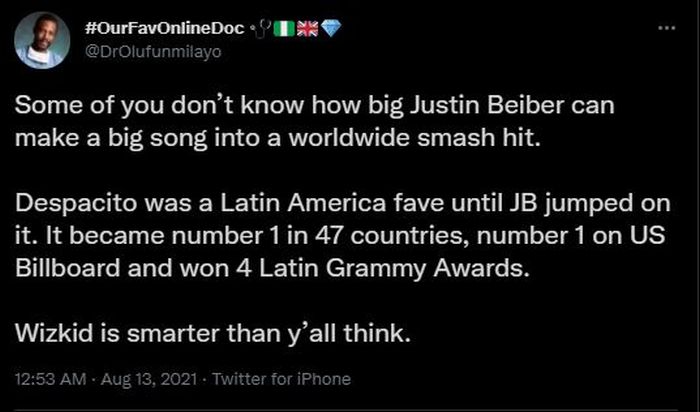 Wizkid too get sense abeg!! That’s why Davido & Burna Boy will have to work their ass up to level up with him.

Guys, What Are Your Thoughts On This?

Do You Think Wizkid Is Way Smarter Than Davido & Burna Boy?