PLEASE NOTE:- We will be having the Video version of this interview soon but before then read this and learn life.

Until his death on March7, 27-year-old Abass Itopa Sanni a.k.a. Aybeewon was one of the fastest rising hip-hop artistes in Nigeria.

His ambition was to become one of the best artistes ever to come out of Nigeria, and his dream was on the verge of becoming a reality before he was seized by the cold hands of death.

He had emerged the best rapper from Abuja Zone and was billed to slug it out with 19 other contestants for the emergence of the best nationwide.

This, however, was not to be as his life was cut short after he was allegedly stabbed by some unknown persons in Abuja.

Aybeewon’s mum, Hajia Rekiya Onaivo Sanni, a chieftain of the All Progressives Congress (APC) was still in shock when our correspondent spoke with her on the death of her beloved son during the week.

Hajiya Sanni, who described the late Aybeewon as a caring, hardworking and committed go-getter, said the deceased musician had been working very hard to make the family proud.

While not doubting the efficiency of the Nigeria Police Force, she said her family was uncomfortable with the pace and manner the Galadimawa Police Station handled the murder of her son.

“A letter has been written to the office of the Commissioner of Police, FCT Command and I am aware that investigation has commenced,” she said.

Asked why she thought that anyone would mastermind the murder of the up and coming artiste, she said she was baffled like anyone else on what could be the motive behind the gruesome murder of her son.

According to her, Aybeewon had signed a contract with Chungai Media Limited to manage his music career from April 27, 2019 till 2022. The company, she said, ought to be in charge of his movements and activities during the period.

Hajiya Sanni, who is also the Managing Director/CEO of Kogi Enterprise Development Agency (KEDA), said she would have monitored the activities of her late son but she never wanted to be over protective or meddle in his business relationships.

“My son was a harmless young man, calm, easy going and very accommodating.

“He was mostly found with headset and phone, listening to music from which he derived his inspirations and working with his phone or laptop.

“Abass (Aybeewon) got along with practically everybody; an easy going young man who would go a long way to offer supportive hand to anyone in need.

“He was full of vigour and energy for this music career and never saw any music artiste as a competitor but rather a brother or sister.

“His passion for rap music was uniquely gifted. This was noticed back them in his secondary school years.”

The late music artiste, who until his death was an undergraduate of Nasarawa State University, was said to have travelled to Abuja from Keffi before his untimely death.

Narrating how her son was killed, Hajiya Rekiya said:

“He came into Abuja from Keffi on invitation two days to the end of a contest, and a few hours later, he was found stabbed to death.

“By who? We await the outcome of investigations. I cannot fathom any motive for his murder.

He was a frontier and promising, young up and coming rap artiste, highly talented and passionate with a lot of fans.” 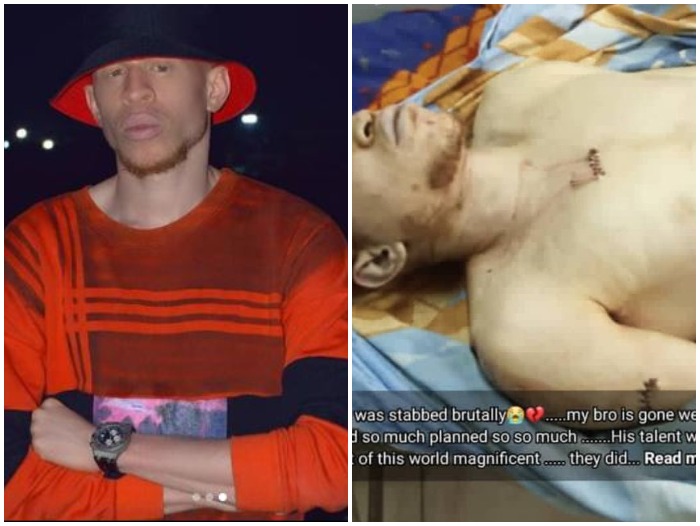 Pouring her heart out to The Nation, the distraught mother of the deceased rapper said:

“It was a mother to son conversation. I talked about his school, music career and fame. I advised him as a loving mother would do with regard to his upcoming exams.

“Then we talked about the ongoing contest powered by NAIJALOADED for best artiste across the nation, of which he was among the top 20.

“I requested for his album video for the contest as I had been promoting the link on Instagram where he was leading astronomically with almost 60,000 retweets.

“I used the video on my Facebook timeline and WhatsApp status to promote him. We talked about his dreams, etc.

“Naijaloaded had announced winners of the contest and he won the title of the Best artiste for the Abuja slot. This was a contest that was to bring him into the world.

“My son had beautiful dreams and he worked so hard towards this victory. He was a genius in all he set his hands on.

He practically put his life into his dream of becoming the best rapper not only in Nigeria but in the world, and was already doing great.

Abbas was already earning a name likened to that of EMINEM. He didn’t need me much in this as he was doing great through his personal efforts.

Most of the efforts for each record came from him. He wrote the songs, composed, produced, mixed the music and performed.

“I wanted him to conclude with his studies before launching him into the world fully to avoid possible distractions.

“Unfortunately, he was murdered three days to his victory.

“I’d like to allow the police to conclude with their investigations.”

Hajiya Sanni wished she knew the motive behind his killing as that could probably assuage her agonising feelings.

She said: “It will make my pains a bit lighter. Abbas was a light in his chosen career and he lighted up whoever came his way.

“He helped everyone who was in need of his talent and encouraged his peers.

“He was a highly determined young man.”

The distraught mother also said her son had a weakness: he was too trusting for comfort.

She said: “Abbas welcomed everyone without caution. I have been supportive with prayers because it is almost impossible to control all the affairs of a 27-year-old man.

“The reason why anyone would want to gruesomely murder him is a misery beyond my imagination. Abbas’s murder is sickening to me and my entire family.

“I am in self denial often to believe that a human being of flesh executed such a horrifc act to a harmless youngman.

“My whole world came crashing on Sunday, March 7 when I saw my son’s lifeless body in the mortuary with scars in his chest.”

She said the death of Aybeewon was not only a loss to the family, but to the entire country because the country had lost a talent.

She, however, said the demise of her son had caused her “internal horror”.

She said: “My son’s demise has brought to my life internal horror. The dark pains is indescribable. His murderers studied the gap in our security lapses and acted based on these gaps.”

She said her son’s death has further exposed the deficiencies in the nation’s security systems, noting that a police patrol vehicle was only a few metres away from where his son’s body was found.

She advised Nigerians to be security conscious because “we are all a part of the government and need to play our roles.

“Based on the pieces of information gathered, the responsiveness of Galadimawa police administration presented a scenario of a very huge gap.

“Passers-by were scared to get closer to offer help. Parents should not relax in continually sensitising their children on these security threats.

“This is very unfortunate. One would wish that more commitments and funds is genuinely committed to the security infrastructure in our community.

“If there were CCTV cameras in some of these strategic areas, these measures would have hindered dastardly acts like this cold blood murder.”

While she and her family have accepted their fate on the irreparable loss, she also prayed that the people responsible for her son’s murder would be found soon and brought to Justice if only to act as a deterrent to others. 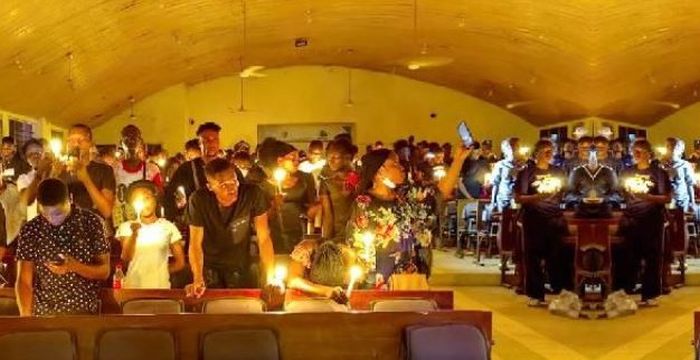 To show their love for the late artiste, students of Nasarawa State University came out in droves for the candle light organised for Aybeewon.

Among the individuals and groups who have condemned the incident in very strong terms was the Progressive Solidarity Front (PSF), a socio-political organisation to which Hajiya Sanni belongs.

PSF’s Grand Patron, Chief (Dr.) Ibrahim B. Emokpaire, expressed shock over the killing of the young man, demanding that the killers of the promising young man be brought to book.

He wondered why the nation’s security system had become comatose and could no longer be relied upon for safety of lives and property.

He expressed his condolences to the mother of the deceased rapper, asking her to take solace in God as the only one who can comfort her in this trying period.

In the same vein, a former Chairman of PDF, UK Chapter, Prince Joseph Fadele, described the killing as most unfortunate.

Fadele said: “Incidents like this will no doubt annihilate the country’s blooming next generation”.

He described the late Sanni as a promising young man who could help the country in its effort to turn things around.

He added that for the better of the country, stressing that the time had come for the nation’s leaders to roll up their sleeves and tackle the insecurity problems in the country.

The Chairman of the Progressives Solidarity Forum, Mr. Seun Baiyewu, on his part declared his forum’s readiness to ensure that the killers of Aybeewon were arrested and justice served. According to Baiyewu, the killers must be arrested no matter whose horse is gored.

“PSF will ensure that justice is served. We will do all within our powers to get to the roots of this ugly incident,” Baiyewu said.

Another chieftain of the forum, Lady Norah Echenim, who has been working with the family to unravel Aybeewon’s death, has promised to continue with her support until the killers are brought to book.

Echenim said: “This is very unfortunate, pathetic and saddening. We will work with every concerned organisation to ensure justice.”