On the 21st of October, Manchester United shared a photo of Davido with his customized jersey at the Old Trafford Stadium in Manchester, on their official Instagram page.

Jersey should obviously attract attention because of the number at back – “7”. The Jersey number belongs to the world’s famous Cristiano Rolando Aka CR7.

However, what caught more attention was the fact that Davido, whose known to be a Chelsea fan was in the Man U camp last night to watch the Manchester United Champions League match against Atalanta. And Manchester United shared his photo with the caption; ‘A night to remember!‘ after the Club came from 2 goals down to win last night’s game- ‘3-2’. 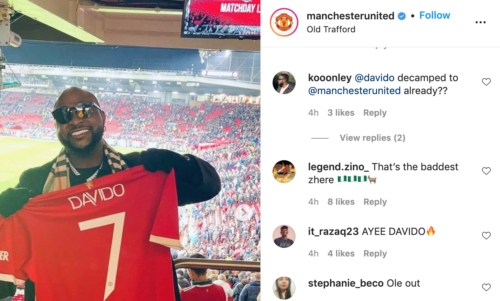 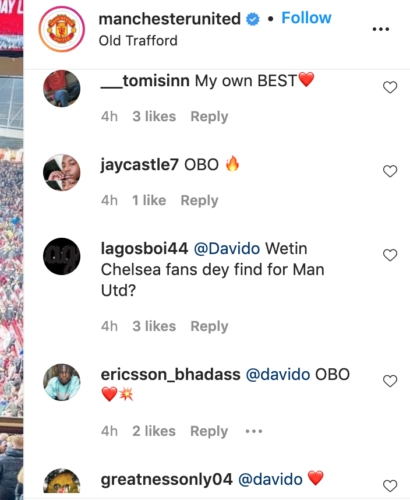 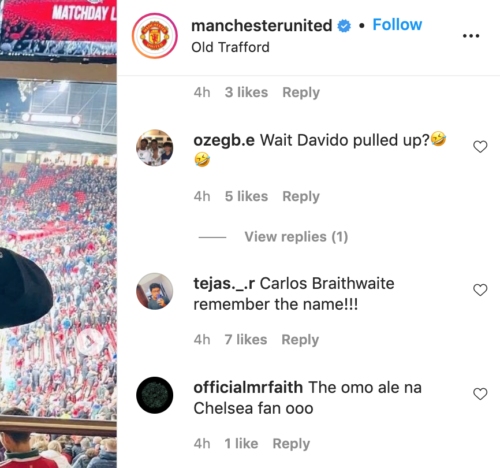 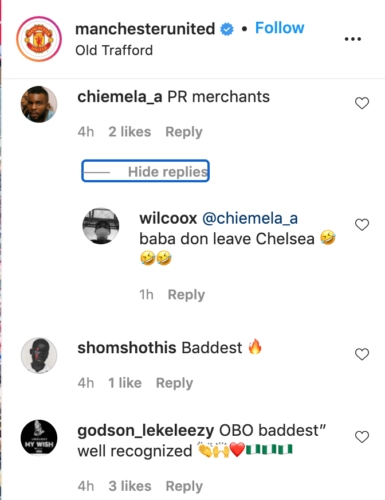 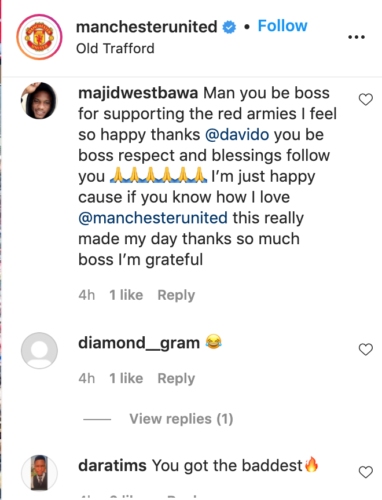 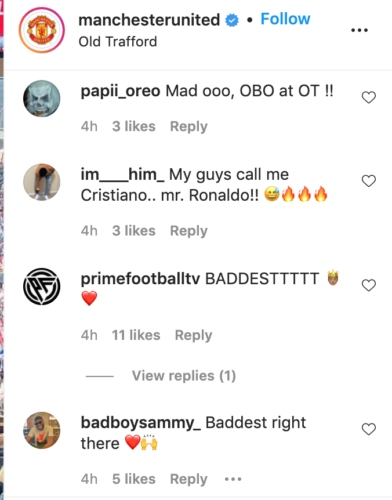 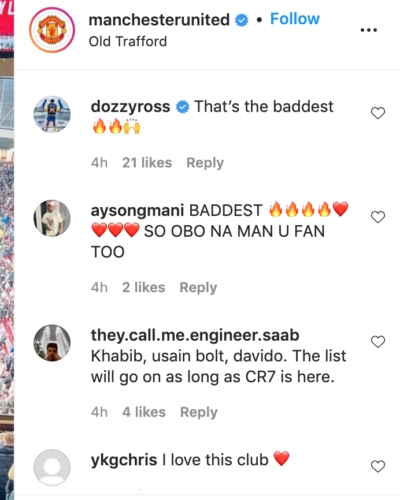 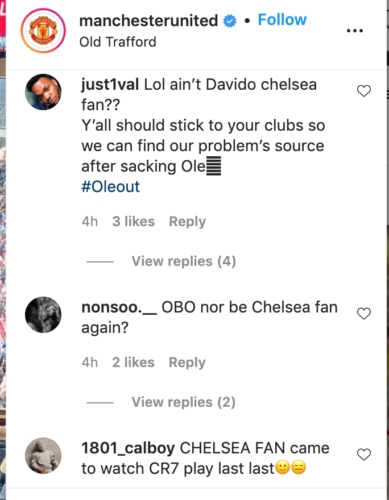