Mayorkun, the Mayor of Lagos, has officially revealed the release date for his upcoming album.

Mayorkun announced via his social media accounts that his second album is finished and will be released in October. According to the singer, there is no better moment than now.

In August, Mayorkun indicated during a Q&A session that his second album would be released this year.

After his management notified fans in June that the album was 75 per cent complete, he announced that it is now 100 per cent ready.

Though he has yet to unveil the title of his album, he has hinted at some of the performers that will be on it. He also hinted at former BBN housemate, Veeiye, as one of the guest artists.

The singer has only released one official song this year titled “Let Them Know” which got fans worried when he released it under Sony Africa instead of his label, DMW.

It also seems the album would be released under the new distribution channel. 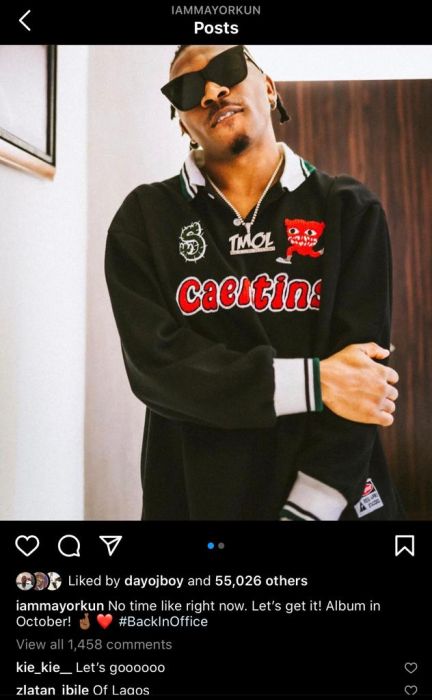