Nigerian up and coming artist, Smallbaddo has put out a statement on his page debunking Billique’s statement that he ran away.

The “am gonna gonna” crooner, Smallbbado in his statement said he has performed in like 6 different shows in the UK and when he asked Billique for his payment after the performance, Billique said he will be sending him 150k Naira as his payment.

Smallbadoo also stated that the same thing happened when the said promoter Billique flew him to Dubai for a gig and gave him nothing after the gig was over and that he even used his own money to buy a ticket and fly back to Nigeria.

“I know the amount you sell tickets for my show and Una sold out Sef so nah 150 thousand Naira be my own money for 6 different shows, Oga I don wise” 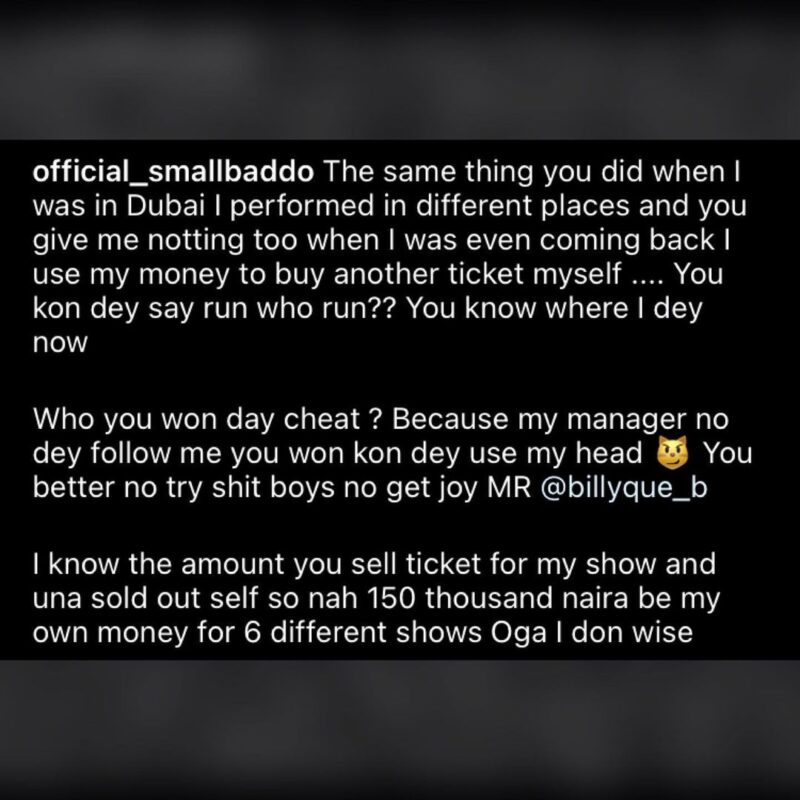