Popular Nigerian music producer, Michael Collins Ajereh, alias Don Jazzy has stated that giving is not by who has more.

The veteran music producer and record label boss stated this on Twitter after he was criticized for always doing giveaways.

The Twitter user asked how much Don Jazzy is worth for him to always be doing giveaways.

“Ahh giving is not by who worth pass o. You need to have met my mother years ago when we still dey sell akara. She go give out all the profit lol.” 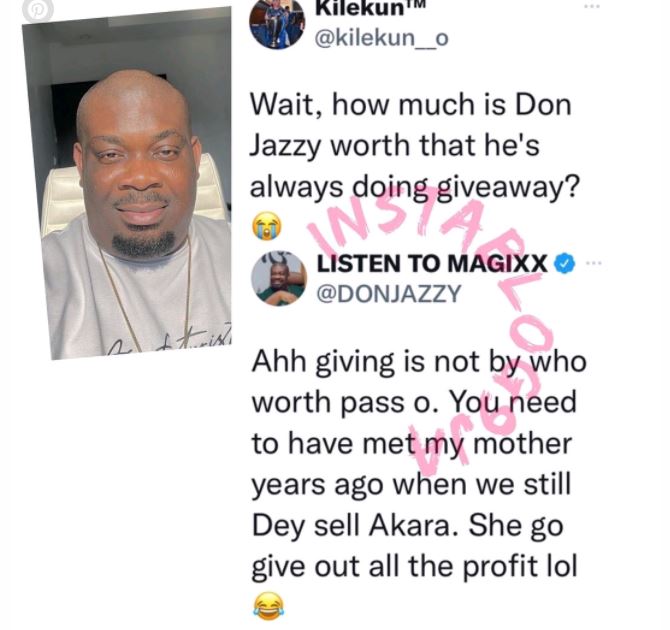