Bella Shmurda has slammed Ghanaian officials over the COVID-19 incident, which resulted in his deportation.

Bella Shmurda allegedly got into issues with Ghanaian officials, which resulted in his deportation and three-month ban yesterday, September 4th, 2021.

According to Sahara Reporters, Shmurda and two others were reported to have become agitated after being placed in quarantine when their Covid test results came back positive.

After their test results came back positive, they were quarantined at the MPlaza hotel in Accra.

SR reported that when the doctor arrived to deliver their test results, they assaulted him, fearful that the news might jeopardise their plans.

They were subsequently deported, banned from Ghana for three months and fined GH¢2,000 each.

However, the 24-year-old made his way to New York City a few hours after the incident, where he said he tested negative for Covid-19.

Bella Shmurda took to Instagram to throw subtle jabs at Ghana after his Covid-19 test in New York came out negative, saying it was shocking that he tested negative in New York after testing positive in Ghana. 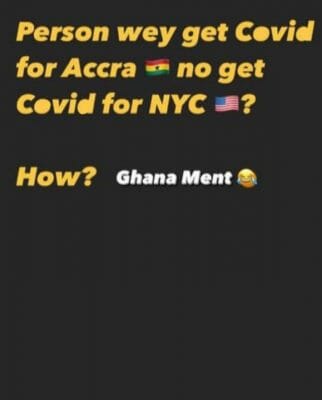