Reports circulating online by blogs had it that some celebrities are gay, seeking that they come out publicly and stop deceiving young girls.

Don Jazzy was among the celebrities that was called out in the report.

Reacting to the rumors on his Instagram page, Don Jazzy promised to come out following the accusation.

On his Instagram page, he wrote: “So I hear I’m gay all the time anyways click link in my bio to subscribe because I’m going to be coming out there.” 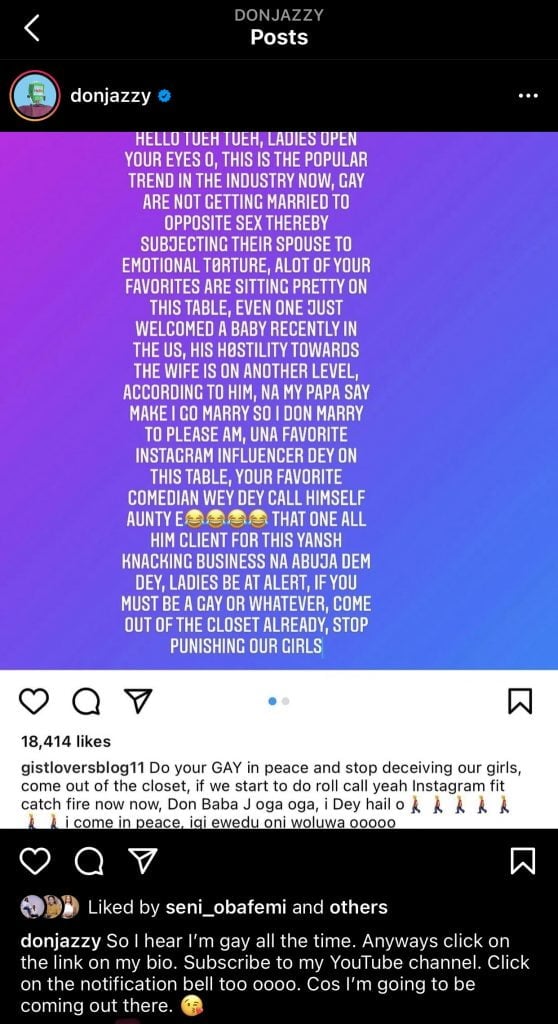