According to him, only government-approved orphanages are qualified to apply for the fund.

Nigerian singer, Davido who donated the sum of N250 million has announced the application to disburse the funds to orphanage homes.

According to him, only government-approved orphanages are qualified to apply for the fund. 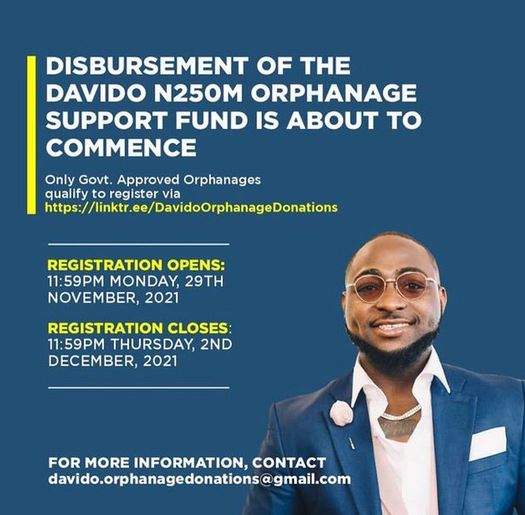 Davido raised N200million from friends and fans after asking them to send him money in a social media post on Wednesday, November 17.

He added his N50million to bring the total amount raised to N250million.

In a statement released on Saturday, November 20, the eve of his birthday, Davido said he would give all the money to orphanages across Nigeria.