Davido and his crew reportedly get into a fight in a club in Dubai.

This was said to happen at a club in Dubai. Some patrons got to the club and ordered a lot of drinks. The 30BG King was said to have ordered just one Azul and Don Julio while the patrons proved to achieve more than that.

It was reported that the patrons wanted to record what was going on but Davido’s crew stopped them from achieving that which led to a fight. The police intervened quite late after a bottle was already planted on another’s head. 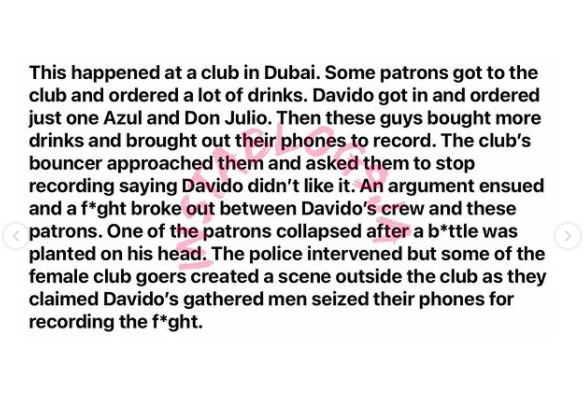