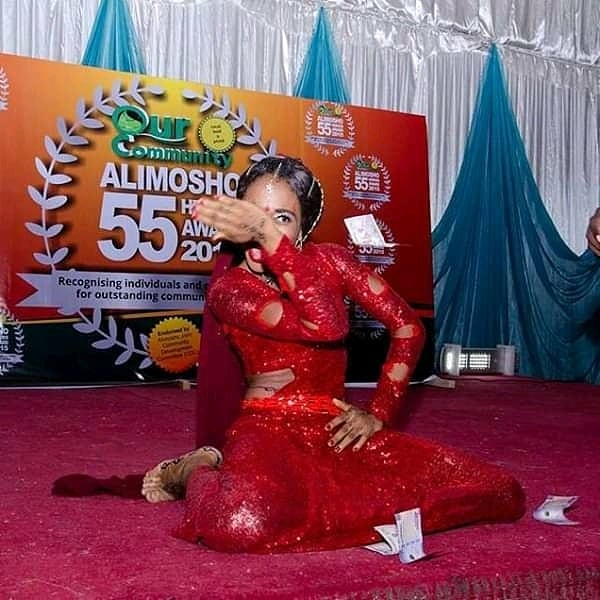 *I am growing up with s strong zeal to do unusual things,that’s the main idea behind the making of ‘a super India dancer’-Princess Adetoun Abolaji Adegboyega.

Revealing her happiness as a wave of the moment in the music industry and the super rise with the unbeatable measures on the label of Exclusiv Promotion Concept in her palatable office at Imoshe Community in Ogun State on Wednesday,Princess Adetoun Abolaji Adegboyega a.k.a India Princess has disclosed that she’s living with a tremendous joy presently in her sweeter world and amongst the notable artistes in the nation.

India Princess,a popular dancer with India styles rose to the stardom of the Nigeria entertainment industry years ago following her unusual discoveries which her audiences across the entire universe are marvelling about till dates. She’s an indigene of Ijomu Oro town in Irepodun LGA of Kwara state.

“Many people don’t know that l am a Yoruba artiste. Some think l am from the East or otherwise. The making of India Princess was parts of a long time dreams. I loved doing uncommon things as a girl. I grew up with this belief in myself. I actually live to realise many things l have prayed for,thought about and what l have believed of having in the past.”she explained.

India Princess is an apple in the eyes of numerous songs artistes in Nigeria and overseas,she’s presently a buoyant dancer on the shining table of a super entertainer figure in the fuji circle,Oganla Wasiu Alabi Pasuma. On this achievement, India Princess revealed that her unusual talent was the key to the inner chamber of the most valuable Fuji musician.

“I have seen Oganla of Fuji in television as a child. I told my grandma at that time that l would see him physically one day. When this happened,l remembered my words back in the days. He’s the coolest singer l ever met. Unlike what some of the stars can do,he permits the upcoming artistes to find their ways easily into the glowing screens of the world. He’s a man who displays exemplary leadership skills always.”she stated.

“It’s a good thing to think about uncommon things and do the new things. That always ptoduce positive goals for anybody with the idea. It’s new year and l want my fans to expect different satisfying styles from India Princess. Exclusiv Promotion Concept and l are planning bigger to do more in 2021 for all to enjoy our world better.”she assured.