Boko haram leader Shekau has been reported dead during an ISWAP attack on the Sambisa fortress.

According to Eons intelligence, the Bokoharam leader blew himself in the process of capture.

This was following d #ISWAP attack on Sambisa fortress of #shekau led by ISWAP commander, Baana DUGURI. Shekau was said to have blew himself to avoid being captured alive.

We await official confirmation from #ISWAP and @DefenceInfoNG & @HQNigerianArmy over this news. This mark the end of an Era.

Shekau finally killed by his own group that broke away after many years. While this is a big victory for Nigeria, it’s still not uhuru yet for the military 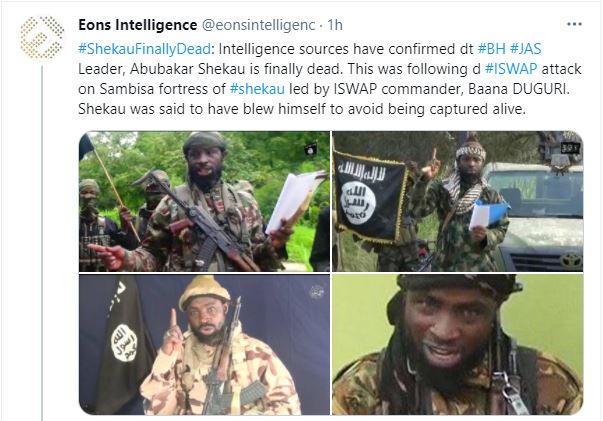 Shekau was reported been killed in 2017, and he came out to deny the rumor about his death.

The Federal Government and the Nigeria Army are yet to confirm the news.