After months of touring the globe with his 2020 album ‘Twice as Tall‘, the African Giant is finally coming to his home country Lagos, Nigeria to thrill fans across the country in a much-anticipated Concert tagged “The Live Experience“.

So far, Burna Boy has sold out at the famous O2 arena in London and has held concerts across Geneva, Hamburg, Munich, Dublin amongst others. He also performed in Greece before returning to England, where he watched Manchester United’s game before performing on stage later that day with Paul Pogba.

The Grammy Award winner took to his Instagram page to make the big announcement, stating that his Lagos concert will be held at the Eko Convention Center on the 27th of December. In his words, “Nigeria, I didn’t forget you!“. 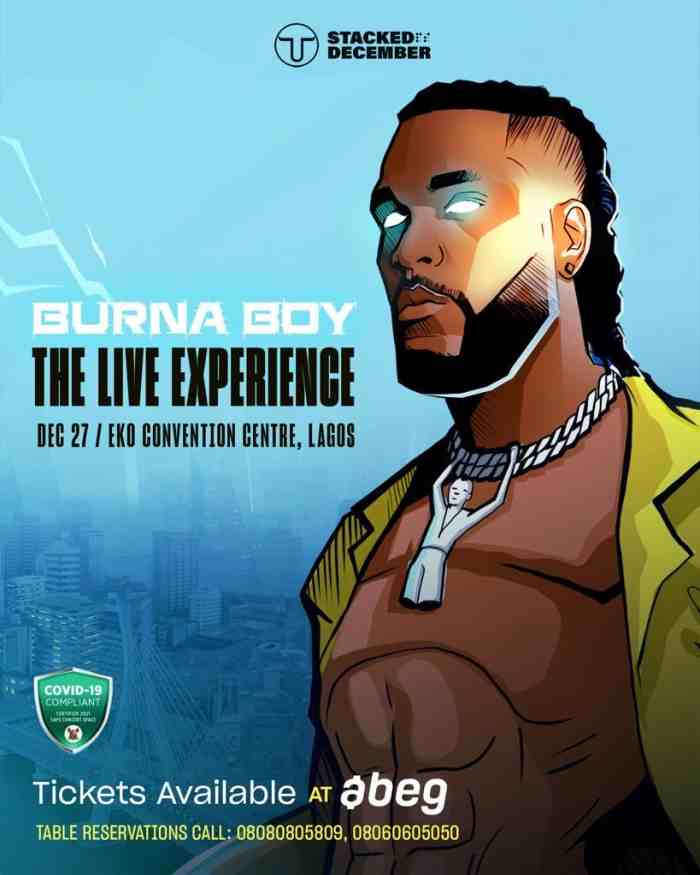 If you’re looking for how to be part of the Stacked December this holiday season, come watch Burna Boy Live in concert.

On the Abeg app, go to the explore page, search for ToroEC, tap on the ticket you want to purchase, click pay now, enter your Abeg pin and you’re ready to go!