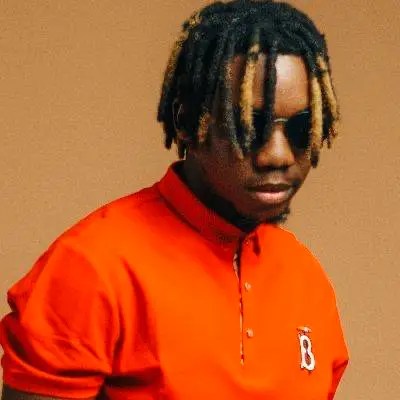 For popular content creator and writer, Ademuwagun Samuel, otherwise known as BOD Republic, not many people would know that he was once a music artiste before he became a social media influencer and content writer.

BOD who is currently based in the UK revealed that music was his first love and he actually worked with some of Nigeria’s top music artistes and music producers before he embraced the life of a content writer creating value for people and their businesses through his social media accounts.

From his Twitter to Instagram and other social media platform, BOD said content creation has become a big part of his existence, adding that he now enjoys how he uses his platform to make life more meaningful for himself and other brands associated with him.

BOD Republic who started his journey into the social media space and influencing industry recalled how he started as a musician and collaborated with a number of artistes including Reminisce, Kjuni, and Pheelz, and he also performed in several clubs in Lagos, Nigeria.

Speaking about how influencers have added value and growth to businesses and brands within and outside the shores of Nigeria, BOD Republic stated that it is quite unfortunate that many people now look down on influencers and some even regard them as internet fraudsters, adding that influencers deserve more credit for raising the bar across social strata.

Speaking about how his career in influencing started, he disclosed that his love and passion for creating contents became more pronounced during the COVID-19 lockdown in 2020 when he began writing for brands in Nigeria and his friends in the comic industry like Isaac bholu, Nas and many others.

He also revealed that while music is still in the works for him, creating contents and influencing has taken a better part of him and he would not want to leave that for now.

He maintained that his commitment and persistence for the job has seen him emerge as one of the most followed Twitter influencers in Nigeria with more than 300,000 followers. These qualities, according to him have also helped him land various gigs for brands.

In 2022, he rose to become one of the most popular Nigerians on Twitter.

Speaking about his love life, he hinted that while he is currently in a relationship with someone, he would rather not want to reveal the name of face of the individual as it is not in his style to make public his relationship.

On his plans for the rest of the year, BOD said he hoped to work with well-known people across different walks of life just as he would love to improve his writing abilities and work with global corporations.