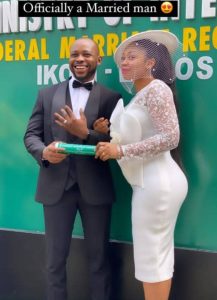 A Nigerian chef and restaurant consultant, Ladipo Ayodeji, has revealed that he hurriedly married his wife in court before the Ooni of Ife will have his eyes on her.

Sharing photos from his court wedding which was held in Lagos on Tuesday, November 1, 2022, Adedeji, who goes by the nickname Chefdeee on Instagram, wrote;

“Bcos the fear of Ooni is the beginning of wisdom. I sharply go marry my wife before the guy go see her for road.”

The revered monarch recently revealed why he decided to marry multiple wives in quick succession at his 48th birthday celebration and seventh coronation anniversary.

He explained that he tried to switch things up with his style of ruling the people of Ife, but it didn’t work.

If I had my way, I tried to challenge it but it blew in my face but thank God I’m still alive. It’s an institution that is rich in heritage, culture, and tradition 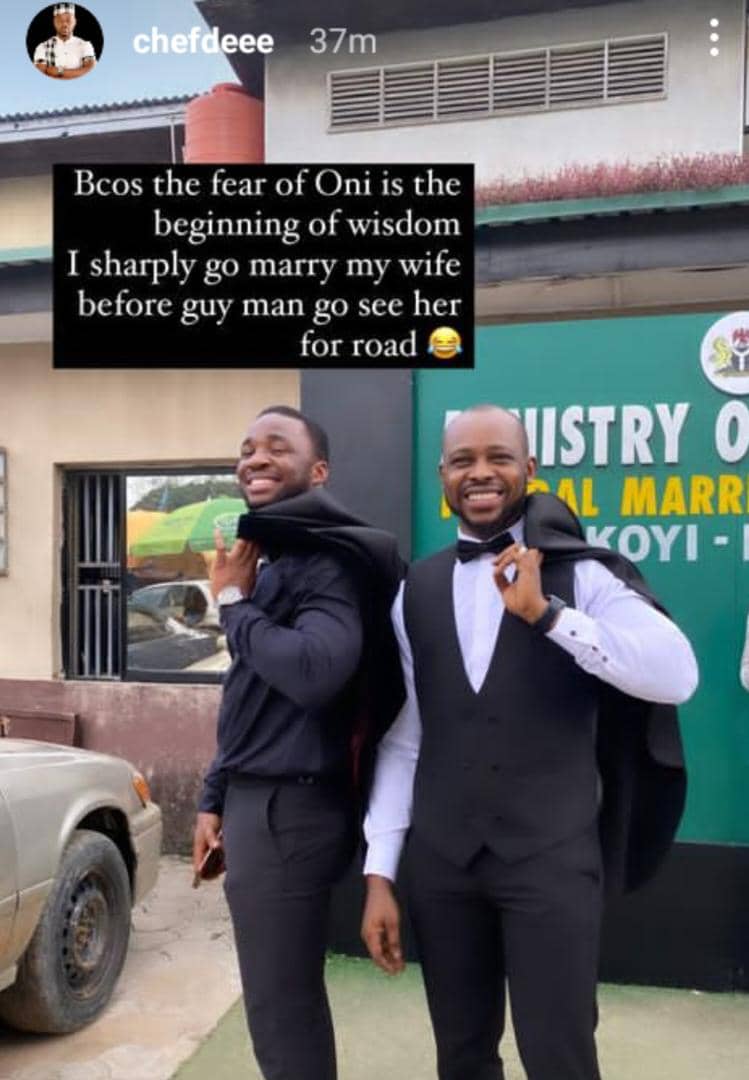 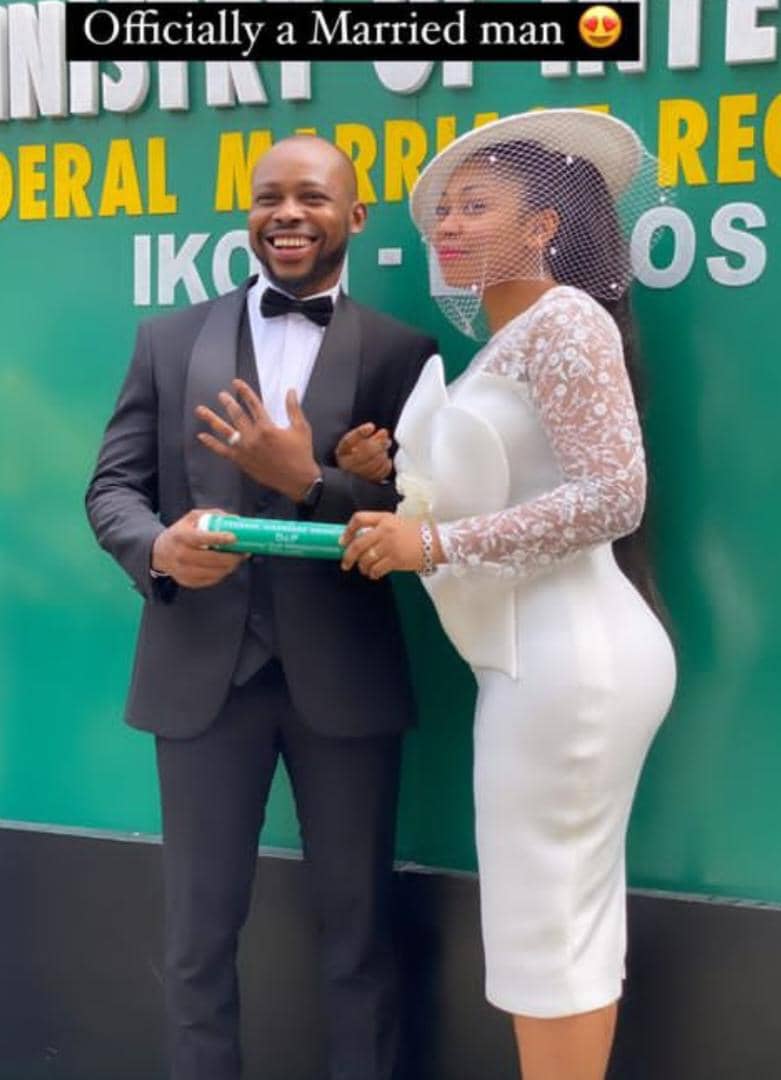