Rebel Queen herself, Tems has unlocked a brand new achievement in the international music scene.

Her song which he featured Brent Faiyaz has recently debuted at no 1 on official UK music charts.

A video clip was posted on their page which showed Tems rising ahead of Wizkid, Omah Lay, Fireboy, Adekunle Gold, and Davido who were far from the number one spot on the list. 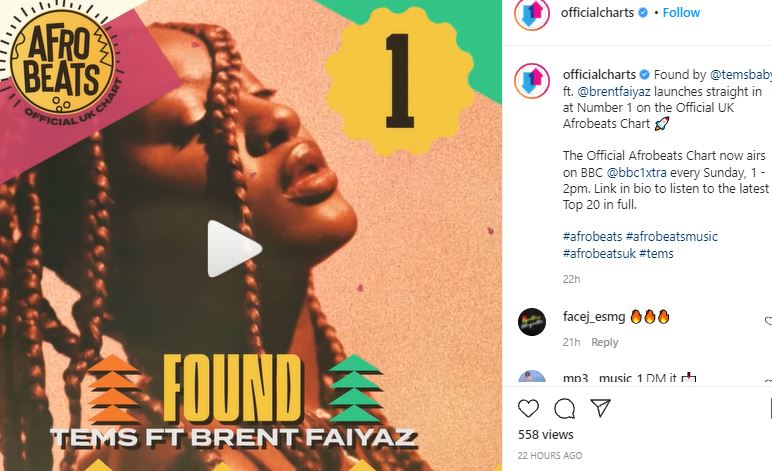 Tems’ fanbase, Rebels took to Twitter to celebrate the star and also hail her for defeating Wizkid for the second time.