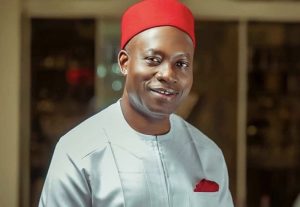 Young people in the South East have been admonished by Governor Chukwuma Soludo of Anambra State not to allow themselves to be used as agents of distraction but rather to understand that they are the nation’s future leaders.

The warning followed a threat by the Coalition of South East Youth Leaders (COSEYL) to throw trash at the Anambra Government House to express their discontent over remarks made by the governor regarding Peter Obi candidacy for president of the Labour Party (LP).

Reacting through his Press Secretary, Mr. Christian Aburime, the governor advised the youths to have a rethink so as not to constitute themselves into being part of the problem to be solved in the society, but to be part of the solution.

Soludo wondered why the youths should allow themselves to be used as tools by some politicians or individuals who, according to him, have no good plans for them.

To him, the politicians’ aims are just to use the youths to achieve their mischievous objectives and dump them thereafter.

“Instead of threatening to come and dump refuse at the Government House, the youths should rally round and support the government of Prof. Chukwuma Soludo, because his administration is actually working for the betterment of their lives, to see that both the youths of this present generation and the generation to come will have something that can make life more meaningful for them,” he said.

He said that apart from giving the youths various key positions in his administration, Soludo’s government is also currently training and empowering thousands of youths across the state in different vocational skills, which, he added, is a good proof that youth empowerment is part of the major focus of his administration.

While describing the threat by the youths as a sponsored charade by political enemies and mischief makers who want to distract or derail the Soludo administration and the progress it is making in the state; Aburime reaffirmed that Soludo’s government remains focused on delivering the dividends of democracy to Ndị Anambra, and would not be distracted by any form of verbal attack or threat.

On whether Governor Soludo would withdraw the comment he made on Obi, as the youths demanded him to do before Friday, Aburime said the governor is not ready to retract any comment, insisting that he has no regret about what he said.

He, however, described the relationship between Soludo and Obi as cordial, stating that their friendship and brotherhood remained intact, as against what many people think.

“As far as I know, there is no issue between Governor Soludo and Peter Obi.

“So I wonder why people disturb themselves and go about shouting in the media and issuing one threat or the other over a non-existent issue. These are totally uncalled for and the people indulging in such should have a rethink”.