Even though he is not really given the required credit for the revolutionary Zanku sound, Rexxie is moving faster beyond Nigeria’s music scene.

No doubt, Rexxie brought a brand new feel into dancehall street music with his numerous work with Zlatan and Naira Marley.

With Rexxie making most of the jams coming out from Marlian Music, it is safe to say the label and its artiste might not run out of hits anytime soon.

This is a guy who knows how to string musical instruments together in a way that makes dancing unavoidable for all music lovers. Can you listen to “KPK“, a song by Rexxie featuring Mohbad and not dance?

On the Grammy-winning Twice As Tall Album, Rexxie’s produced songs, “Bebo” and “Comma” are the dance-inclined tracks that lifted the album.

Meanwhile, Ghanaian superstar rapper, Sarkodie was itching to work with Rexxie after the release of “Soapy” by Naira Marley.

Sarkodie actually took to social media to beg Nigerian fans to help look for that producer who made the “Soapy” beat. Of course, when the Sarkodie and Rexxie working relationship eventually happened, bangers were released.

Rexxie-Sarkodie‘s working relationship birthed amazing tracks like “Bumper“, “Hasta La Vista“, and “No Fugazy“. These tracks are a reflection of the fact that Rexxie is a producer that is worth his salt.

South-African originated Amapiano vibe cannot be talked about without mentioning Rexxie who produced “Coming“, a song by Naira Marley featuring Busiswa, the only amapiano vibe that lasted longer than others on top music charts. 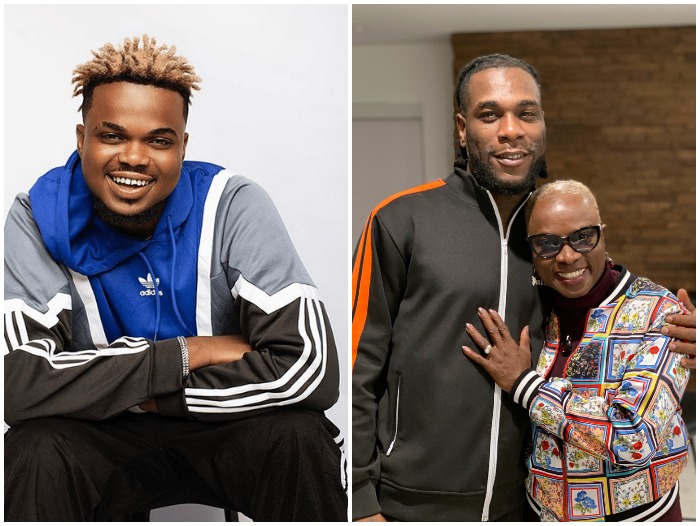 Still breaking boundaries with his music production skills, Rexxie featured on multiple Grammy winner Angelique Kidjo‘s new album “Mother Nature” as he produced “Do Yourself” a song Angelique Kidjo had with Burna Boy.

No doubt, Rexxie is on his way to more international collaborations and recognition with his recent run of music production across Africa.

Indeed, the pattern of greatness for African music creatives has always been gaining recognition in your country, then get your creative skills spread across your continent, and boom you get received outside Africa with open arms.

Meanwhile, Rexxie is on his way to releasing a body of music work titled “A True Champion“. The 17 track body of work features music stars in Nigeria and other African countries.

The line-up of the tracks on the album alone already gave an impression of how great the body of work will turn out to be.

Charity of Rexxie‘s music production skills began on the street of Lagos Nigeria and with the speed of his growth, it won’t be an error to declare him the best music producer in Africa right now or what do you guys think?

Let’s hear from you

Can We Say Rexxie Is The Hottest Music Producer In Africa Right Now?