Wizkid has announced that the video for True Love, one of the songs on his Made in Lagos album, will be the next to be released.

Wizkid will release the True Love song video as the fifth visual treatment from his Made in Lagos album. On Sunday, November 14th, 2021, he shared this via his Instagram stories.

Given the album’s international acclaim, Wizkid’s fans have recently expressed their dissatisfaction with the lack of more videos.

Big Wiz only released the videos for No Stress and Smile featuring H.E.R before the album was launched because they were pre-released singles.

The album’s other music videos include the Burna Boy-assisted Ginger and the global smash hit with Tems, Essence.

True Love, which features Tay Iwar and Projexx, will be the next single from Wizkid’s latest album to receive a music video.

The Nigerian superstar also stated that the True Love music video will be his finest yet. 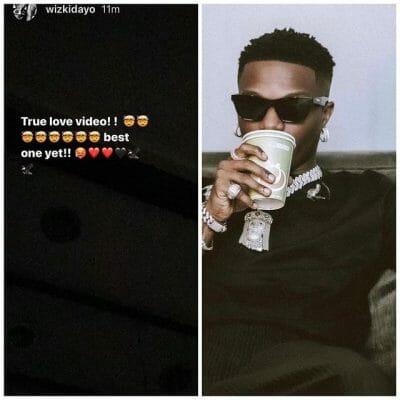