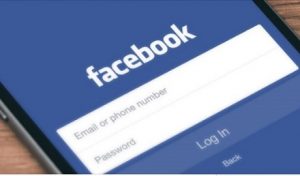 It has been reported that an unknown man has called off his wedding after finding a past post of his wife-to-be on Facebook saying she can cheat on her husband if offered and given 1 million Naira.

Apparently, the bride-to-be didn’t share a whole post saying she would leave or cheat on her husband for 1 million Naira but commented when a Facebook user asked.

She commented “yes” to the question “Can you cheat on your husband for N1 million”.

The man discovered this through someone he knows who sent him a screenshot of the bride-to-be’s comment and unfortunately, he doesn’t want to take the risk so he called off the wedding.

Some social media users have vented at the man for cancelling his wedding over an old Facebook post because it sounds ridiculous.

We must also be very careful of the things we share on the internet because we don’t know when they will resurface to hurt us. 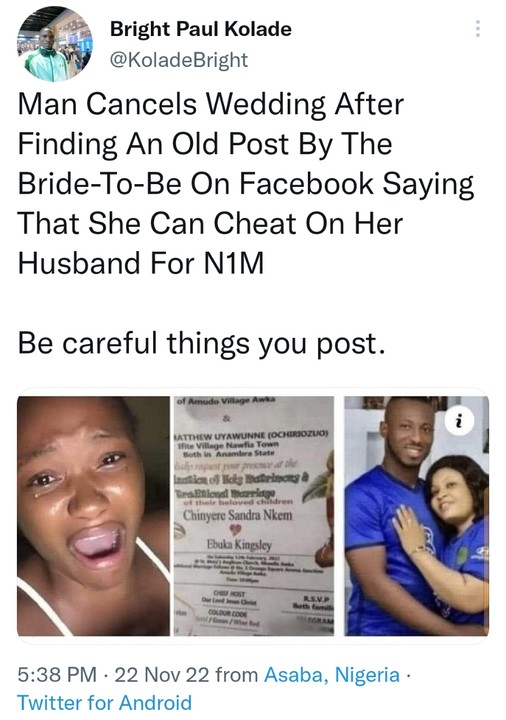