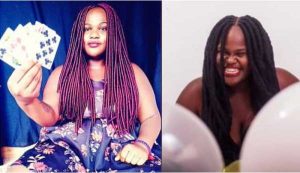 A young woman has revealed a startling discovery she made with her partner, which has jeopardized their ten-year relationship.

According to the Twitter user, identified as @miss wydra, she said that she found out late that she and her partner were related.

She claims that when she first met him in 2009, she noticed that they had same last name and inquired about it, but he denied being related to her.

She later found out that they were truly related by blood 13 years later, when she had already fallen pregnant for the guy.

”So me & my boyfriend share a surname. When we first met in 2009 I asked if we not related because I didn’t want to date a relative, he refused being related to me in anyway.

13 years later with a baby on the way he tells me we are actually related.”