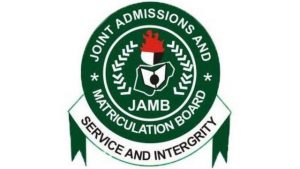 The Joint Admissions and Matriculation Board (JAMB) and tertiary education stakeholders on Thursday in Abuja adopted 140 as the minimum cut-off mark for 2022 admission into the nation’s universities.

The cut-off mark for polytechnics and colleges of education was pegged at 100.

The decisions on the cut-off marks were reached at the 2022 Policy Meeting on Admissions to Degree, Nigerian Certificate of Education (NCE), and National Diploma (ND) ongoing at the International Conference Centre, Abuja.

The meeting is being chaired by the Minister of Education, Adamu Adamu.

In his opening remark, Mr. Adamu warned Nigerian tertiary institutions against illegal admissions, saying all admissions into the nation’s universities, Polytechnic, and colleges of education must be processed through the Central Admission Processing System (CAPS).

The minister said any head of tertiary institution found engaging in illegal admissions would be prosecuted even if the infractions are detected after their tenures. 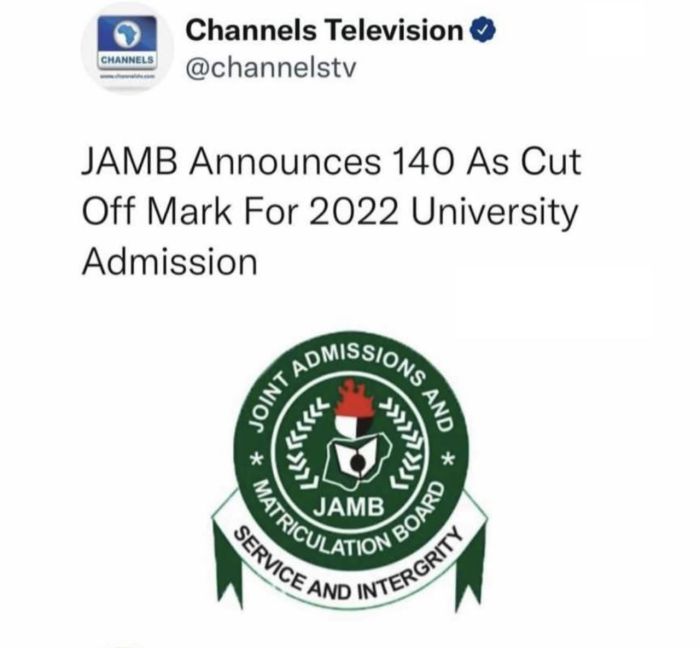 At the meeting, a resolution was reached that:-

“In the same vein, no institution can accept the transfer of a candidate for any degree programme unless the candidate has spent on full-time, not less than two consecutive sessions in the institution.”

The meeting also resolved that “no institution will be allowed to admit any candidate whose total score is below the minimum score proposed by the institution and approved by the Policy Meeting. The totality of all scores being used for the ranking of the candidate shall be taken into account in determining the percentage minimum score.”