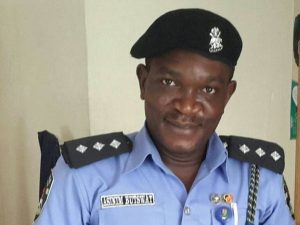 Daily Trust learned that a cleaner found the remains, which had already begun to rot.

She reportedly stayed with a male guest who had left. There were no physical wounds, mutilations, or strangulations on the deceased’s corpse, according to hotel sources.

Indigenes of Brass are demanding for an autopsy and arrest of the mysterious male guest.

Findings indicate that the deceased was introduced to the male guest on Saturday by her friend. They both lodged at the hotel on Saturday until he checked out on Sunday.

A source in the hotel said, when the manager arrived and checked the room, he found that it was messed up and directed the cleaner to tidy it up for another guest. But when the cleaner noticed water dripping on tiles from another part of the room, he had to check the wardrobe.

“While they were checking the room, they perceived an offensive odour and started searching for the source. They later discovered the lifeless body of the deceased in the wardrobe,” he said.

The state police spokesman, SP Asinim Butswat, who confirmed the incident, said the corpse had been evacuated and deposited in a mortuary for autopsy.

Butswat said investigation is ongoing to unravel the circumstances leading to the incident.