Named after its creator, Sir John Saunders Sebright, this popular chicken breed is a true bantam a miniature bird with no corresponding large version as well as one of the oldest British bantams and the first poultry to have its own dedicated fan club.

Their small size means they are not kept for meat production like most other chicken breeds, and they also lay tiny white eggs. This is a purely decorative breed whose laced plumage makes it stand out to enthusiasts. 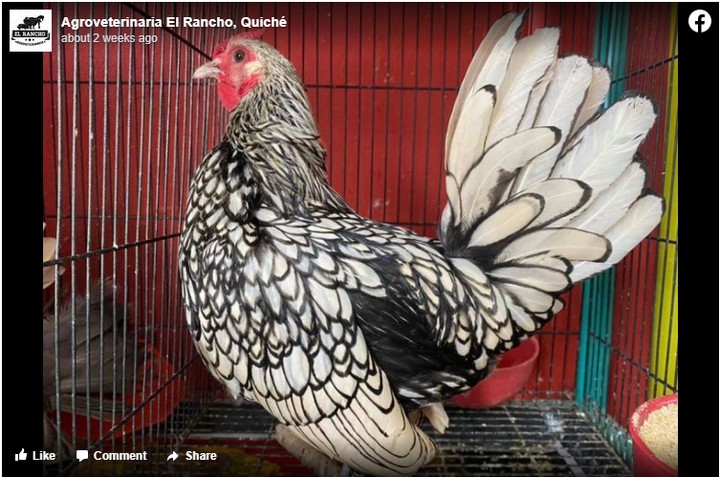 A skilled and respected animal breeder, Sir Saunders Sebright set out to create a very small bantam chicken with plumage similar to that of the very distinct-looking laced Polish. How he went about doing it is unclear, but some experts believe he did it by cross-breeding a buff Nankin bantam hen, a small gold-spangled Hamburgh-like hen, and a small hen-feathered Pit Game rooster.

In the UK, only two variants of the Sebright are officially recognized – gold and silver – both of which have plumage laced with black at the edges. However, it’s the silver variant that’s most visually striking, because of the contrast, which makes the birds look like living color-by-number drawings waiting to be finished.

Sebrights are one of the UK’s most popular decorative breeds, but they are also considered very difficult to breed, compared to other chickens. According to Wikipedia, the inheritance of certain unique characteristics that the breed carries has been studied scientifically.