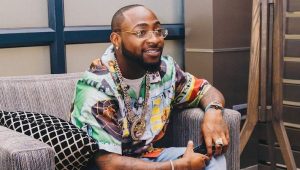 David Adeleke, better known by his stage name Davido, is a multi-award winning pop musician who shocked his fans by pulling off a stunt.

The musician, who is presently in Amsterdam, had to pose as another person in order to place his lunch order and avoid being recognized by cameras and fans.

Prince Bobo Ajudua, the attorney for Davido, disclosed that the artist had a craving in the early morning hours and that only McDonald was open to take his call.

Davido was surprised when some devoted followers were able to recognize him in spite of keeping a low profile and concealing himself.

The workers at Burger Kings in Amsterdam were able to spot the singer despite his disguising look.

The video, which is fast making rounds, has since melted hearts.